A matter of Protocol

@seahavenfm will be interviewing Seaford’s Town Crier and Guild member, Peter White at 8pm. Peter has been Seaford’s Crier since 1977 and is the council’s Mace Bearer. @GuildMace #seaford 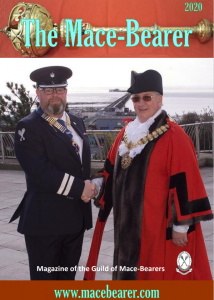 The 2021 magazine is now available to purchase in our Shop and will be available as a free download in due course.